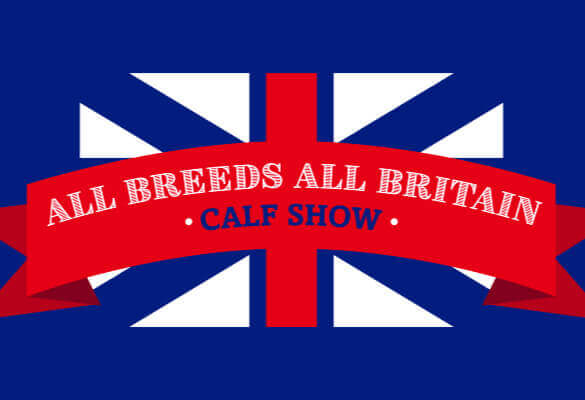 Judges Announced for 2020 All Breeds All Britain Calf Show

The annual All Breeds All Britain Calf Show will again be held at the East of England Showground, Peterborough. Organised by Holstein Young Breeders (HYB), the Calf Show is a highlight of the dairy calendar and will be held from 16th-18th October 2020.

In addition to the Holstein classes, the show will feature six other dairy breeds: British Friesian, Jersey, Guernsey, Brown Swiss, Ayrshire and Dairy Shorthorn. HYB competitions extend beyond the show ring and with support from principal HYB sponsor Semex, other HYB awards are presented at this event and throughout the year.

The Littlestar Award will be presented to a HYB member aged 17 years or under, who has made an outstanding contribution to the Holstein breed and their HYB Club.  The winner of this prestigious award will receive the Littlestar painting, which will be presented during the prize giving at the Show. Other accolades include stand competitions, the Louise Hartley Award and the acclaimed Dick Stapleton Award. This is presented to a young breeder, of any age and from any breed, who is recognised by the ABAB team for being extremely helpful and always going above and beyond when contributing to their Club and breed.

Adding a little competitive fun, contending teams will be required to construct stands based on the event theme, which will be confirmed over the next couple of months, whilst also making sure their cattle lines and calves look immaculate. The team who embraces the theme the best is rewarded for its inspiration and efforts!

Ben Yates is farm manager for the Y-Farm Partnership, Shepton Mallet, Somerset, which is a modern dairy unit milking 1,200 Holsteins. With his wife and two boys, Ben also has a small herd of his own animals under the Wowcow prefix. During his time managing The Wyndford Herd in Shropshire, Ben enjoyed success showing animals he’d bred across the UK and in Europe. The highlight being winning second place intermediate heifer with Wyndford Atwood Grey at The European Show, Colmar in 2016. He was thrilled to see her become the Italian National Grand Champion at Cremona in October 2019.

Ben has enjoyed judging at many shows across the UK and in Europe with highlights including the Coloured Breed handling classes at the ABAB Calf Show, UK Dairy Expo, Emerald Expo, Celtic Show Case, The All Ireland Calf Show and the Winter Show, Drenthe, Holland.

Brian Weatherup Jr competed as a HYB member for fifteen years and has since gone on to judge at shows across the UK and Ireland. They include the Royal Highland Show, Great Yorkshire Show and Irish National Calf Show. He is a 3rd generation dairy farmer and helps to run the 220 head Parkend Holstein herd in Cowdenbeath, Fife. Showing highlights for the family include four Royal Highland Show Championships, Champion Heifer at the National Holstein Show and winning the Red and White Championship at UK Dairy Day. Brian is incredibly excited to be judging the Showmanship classes as he knows how important competing at the show is for any HYB member.

Cerys Petrie, Events & National HYB Coordinator for Holstein UK, commented, “The annual All Breeds All Britain Calf Show brings together young dairy farmers from across the UK to compete, learn and network. The standard of competition is always exceptional and it’s really inspiring to see so many young calf handlers demonstrating sophisticated skills at such a young age.”