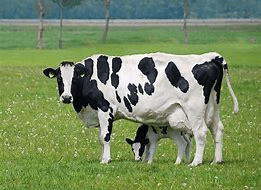 During its many years, the Show has traveled all over the Counties of Flintshire – which included Wrexham – and Denbighshire, settling for a long period on the edge of Rhyl. After many years of consideration, the move to the existing site at the Green, Denbigh took place in 1990 with agreement from Mr EMW Griffith to use part of the Ty Newydd Estate.

Since that first year, several changes have taken place to the layout of the site under the watchful eye of the respective Honourary Show yard Directors and their teams. By today, this has evolved into the easy to follow site that we see each year at the Show. As well as this major one day event, the Society runs numerous other social and fundraising gatherings throughout the year for its many members and supporters. These include such things as dinners, lunches, whist drives, horse funrides, fashion shows, and for those who like a flutter, a 100 Club with twice yearly draws for its members.

View the results from this year's herd competitions